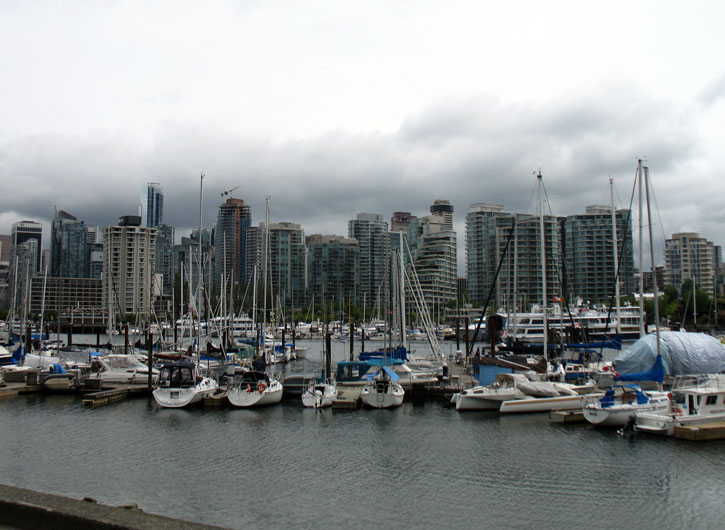 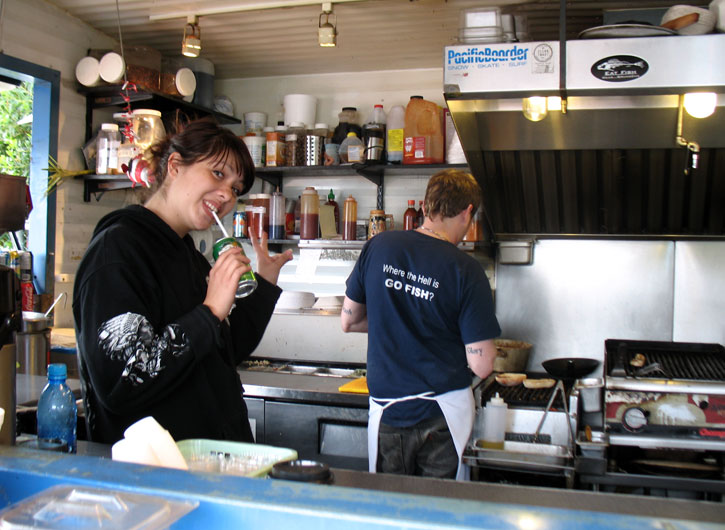 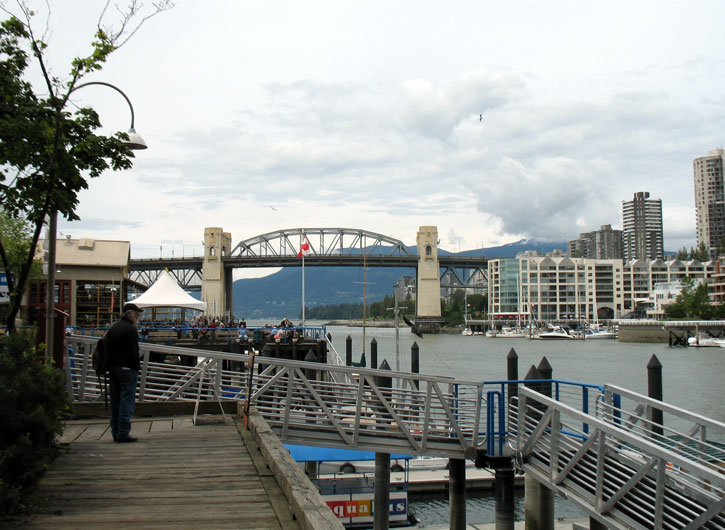 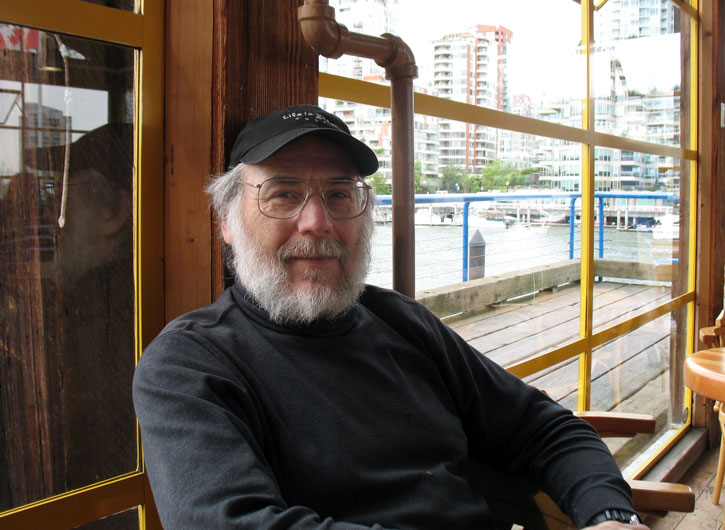 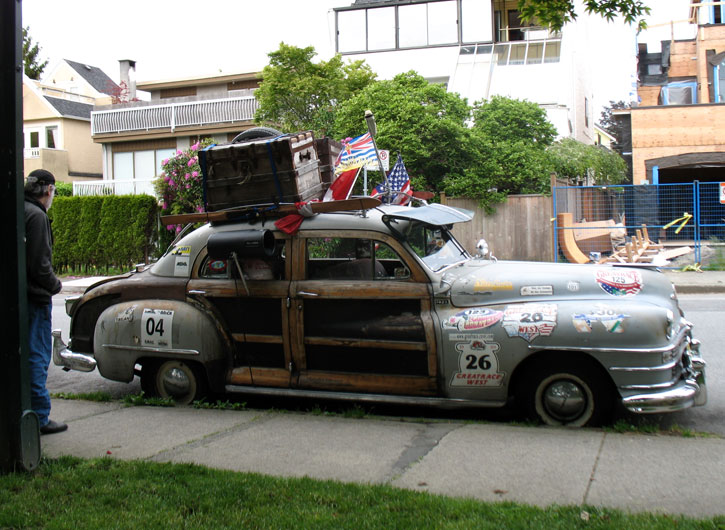 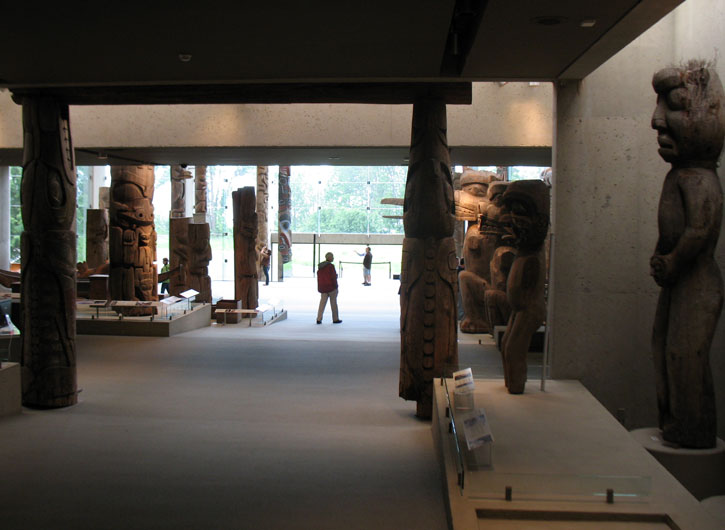 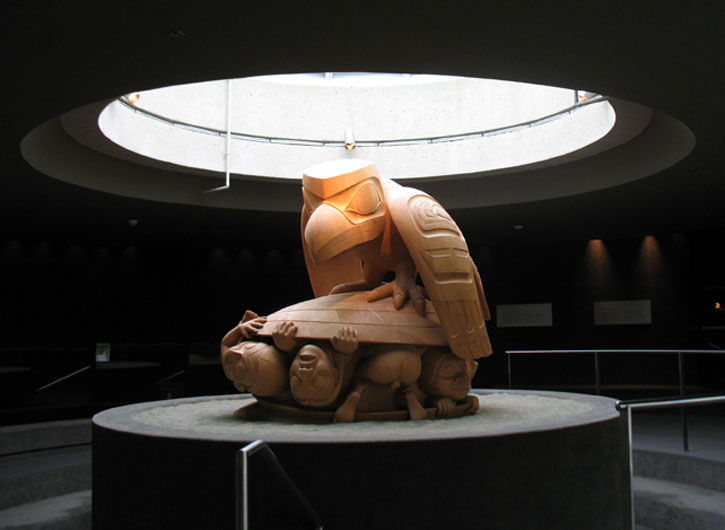 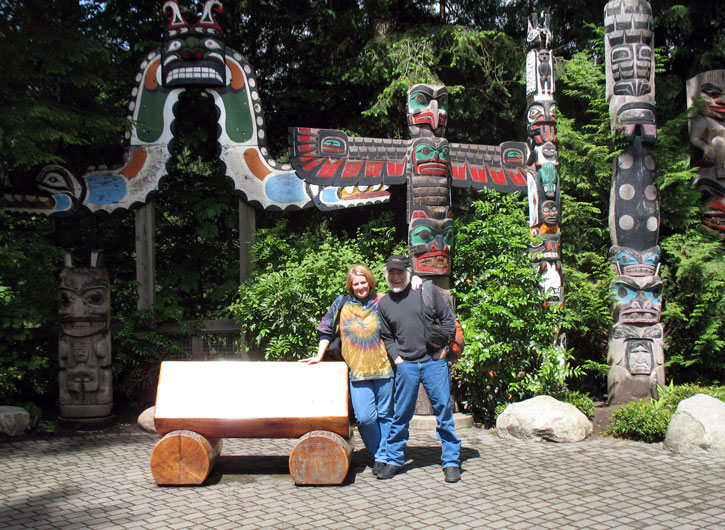 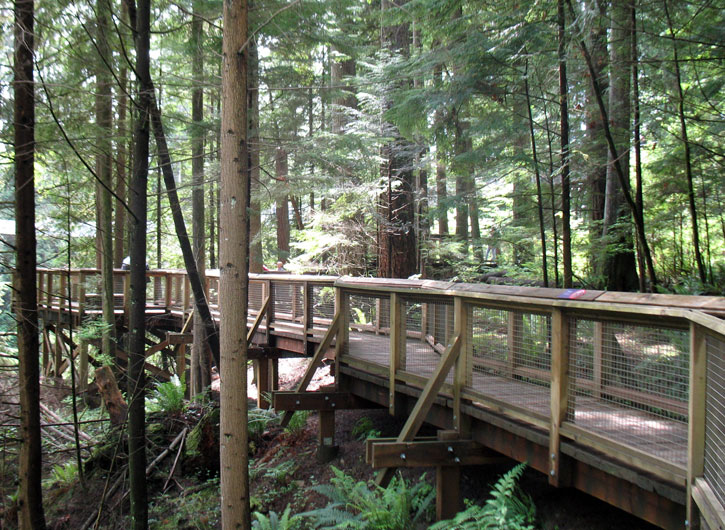 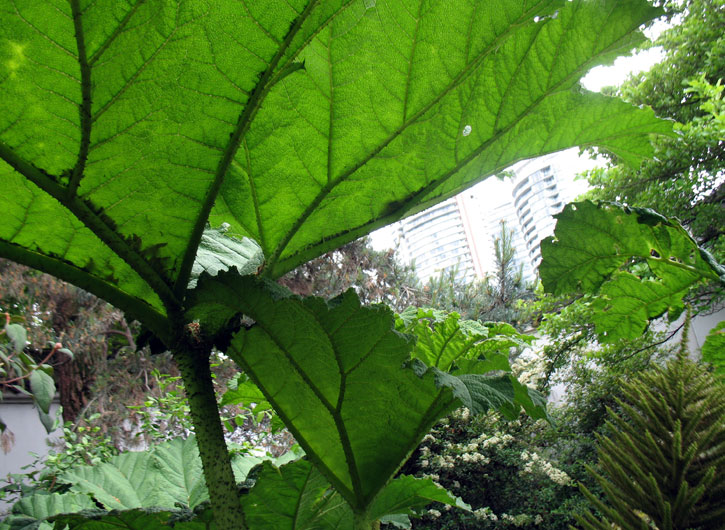 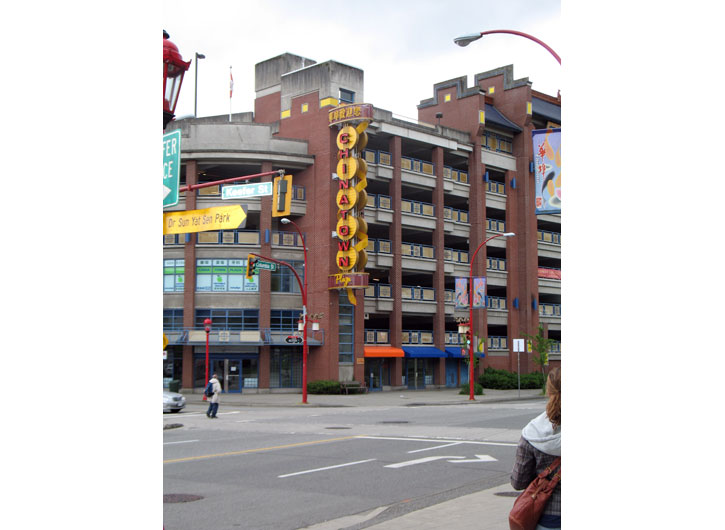 I came by way of Vancouver from a trip to Seattle with a boyfriend who had a brother with a chicken farm in Kingston. After camping out on their land in a refurbished 25 ft. Airstream trailer for 4 days we ventured north to the fair land of Canada. This required boarding a train at Edmonds, Washington and traveling for four hours while gawking at beautiful countryside. In Vancouver our bed and breakfast was further south of where we wanted to be, so taking the bus became our routine. We did a lot of walking. First on my agenda was exploration of the Anthropology Museum at the University of British Columbia. Fabulous collections and beautiful architecture. I renewed my love for Northwest Coast Native Indian culture. The Raven and the First Men sculpture inside the museum was and still is very memorable.

I recall Granville Market on Granville Island. We hung out here for a while. The shops and the market were unique, not to mention it’s location on the waterfront which is lively with people and boats. We walked along the shore and somehow ended up at a funky little fish place called Go Fish, a ‘take away’ seafood shack at the docks. Perfect and earmarked as a ‘must return to’ place. There are lots of oceanside parks and walking paths in Vancouver. On this same day we briefly passed through Stanley Park. It’s huge. This area is also a ‘must return’ and I earmarked it as a ‘rent a bike next time adventure’.

On another day we took a ferry across to North Vancouver to board a bus that would take us up to the Capilano Suspenion Bridge. It consists of one very large suspension bridge and a network of bridges and pathways among the treetops. Very popular with tourists and worth being in the crowd. The gorge is impressive. It wouldn’t be a Canadian adventure if you did’t experience the grandiosity of nature in this part of the world.

There are many ethnic Chinese in Vancouver and their Chinatown is one of the largest in North America. However my impression of that part of the city was that it was rundown and had seen better days. Dr. Sun Yat-Sen Gardens was the one stop we made there. I would not however rank it as a must see in Vancouver. What’s special about the Asian culture in Vancouver is the restaurant scene. Lots of choices. One evening we did nothing but hop from restaurant to restaurant down one very popular avenue. Since my companion was a foodie, it was fun watching his delight as we food surfed.

Speaking of food, we did dine at what is considered to be one of the outstanding Indian restaurants in North America, Vij’s. A line forms outside the restaurant before it opens for dinner. We got there early. The chef came by and served us appetizers while we waited. That was impressive. The meal was wonderful. I had their famous lollipop lamb chops.

In general I loved the people, loved the landscape, and loved the diversity of culture there. A world class city indeed.