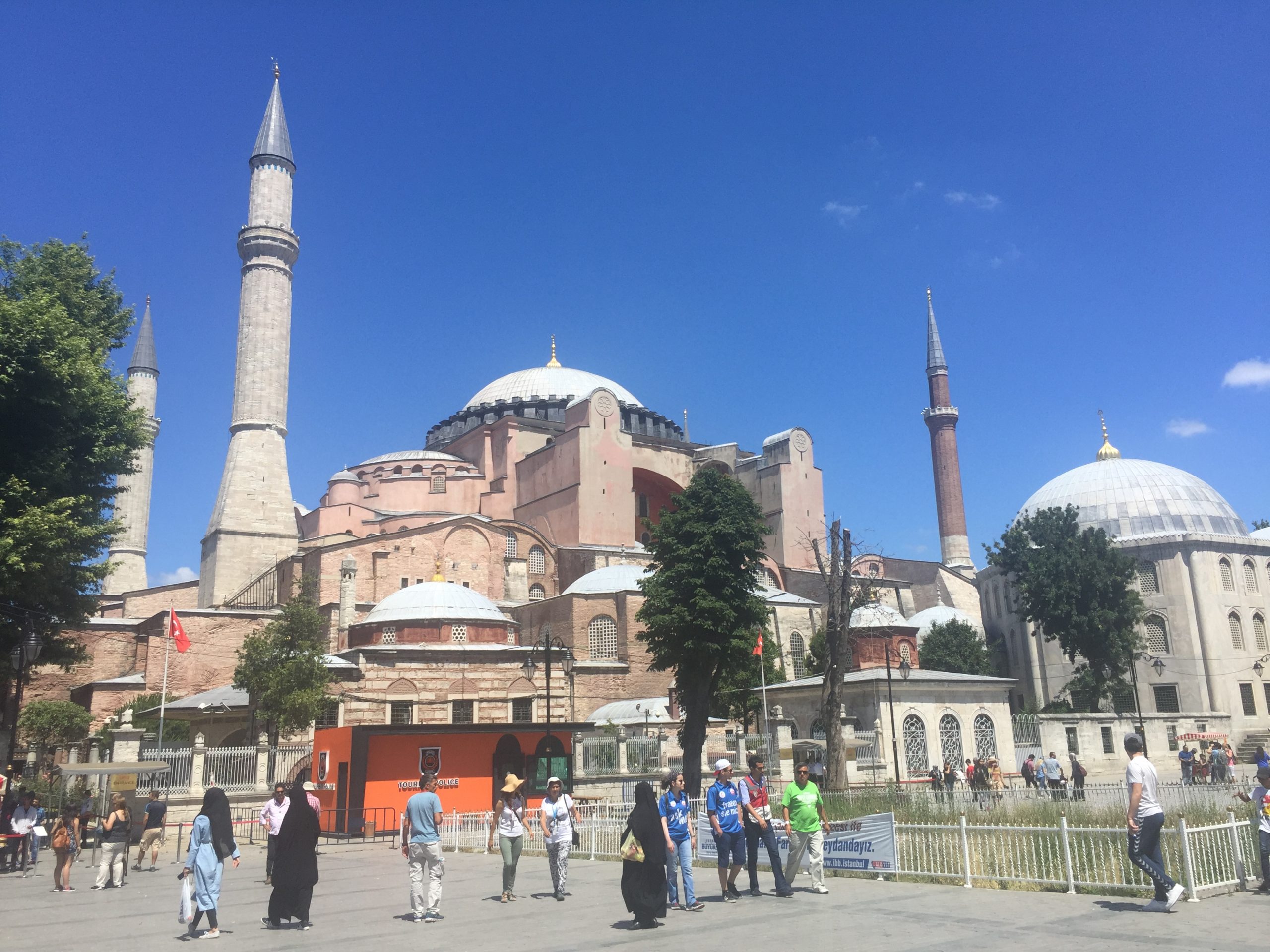 In the summer of 2017 I rather impulsively decided to visit Istanbul, Turkey. My son was teaching there at an American school for a month or so and I knew my opportunity was ripe. I decided to stay at a small boutique hotel in the historic district (also known as the Faith district). I had easy access to the Hagia Sophia, Bascilica Cistern, Topkapi Palace, and the Grand Bazaar. Hagia Sophia was and usually is under construction with scaffolding obstructing several views. Nonetheless I was in awe and found the dome amazing. Around the corner from Hagia Sophia is the Bascilica Cistern which is very eerie. It doesn’t take long to walk through it. It’s dark and damp. Symbols and faces are carved into the columns. You have to imagine how vast this aqueduct system was throughout the city to really appreciate it’s existence. I didn’t linger long. Not too far from there is the Topkapi Palace which is a vast estate placed on a cliff overlooking the Bosphorus Sea. The wealth of the sultans past is very much on display. Equally beautiful on a smaller scale was the Chora Church (Kariye Mosque). We had to get a taxi there since it is not central to the historic district. This is a very old Greek Orthodox church from the 4th century. The mosaics there are worth the trip and you can avoid crowds. Istanbul is huge and is noted as the fifth largest city in the world. It is divided up into Asian and European sides with the Bosphorus in between. To get across the Bosphorus you can take a ferry or the underwater railway. I did both. The underwater railway is amazing and very fast. Do it. On the Asian side we were taken by friends to a shopping mall that was super modern with dancing fountains synchronized to music. Our meal was several courses and it was fabulous. I saw a wealthy thriving upper middle class in this part of the city. Now back to the Bosphorus. My favorite excursion was one in which we boarded a ferry that took us up the Bosphorus to the Black Sea. It stopped at fishing villages along the way. We ate at a small diner on the waterfront by the blue blue water of the Bosphorus and watched boats bobbing in the sun and birds diving for fish only a few feet from us. It was unforgettable. On our last night my son was given comp tickets to the Istanbul Jazz Festival by friends performing there on the grounds of the SwissHotel. What a great way to end the evening before I flew home. One last note: take a Turkish bath and go shopping in the Grand Bazaar before leaving Istanbul. It is truly a unique cultural experience. It is considered to be one of the first indoor ‘malls’ in history. I came home with lots of goodies.