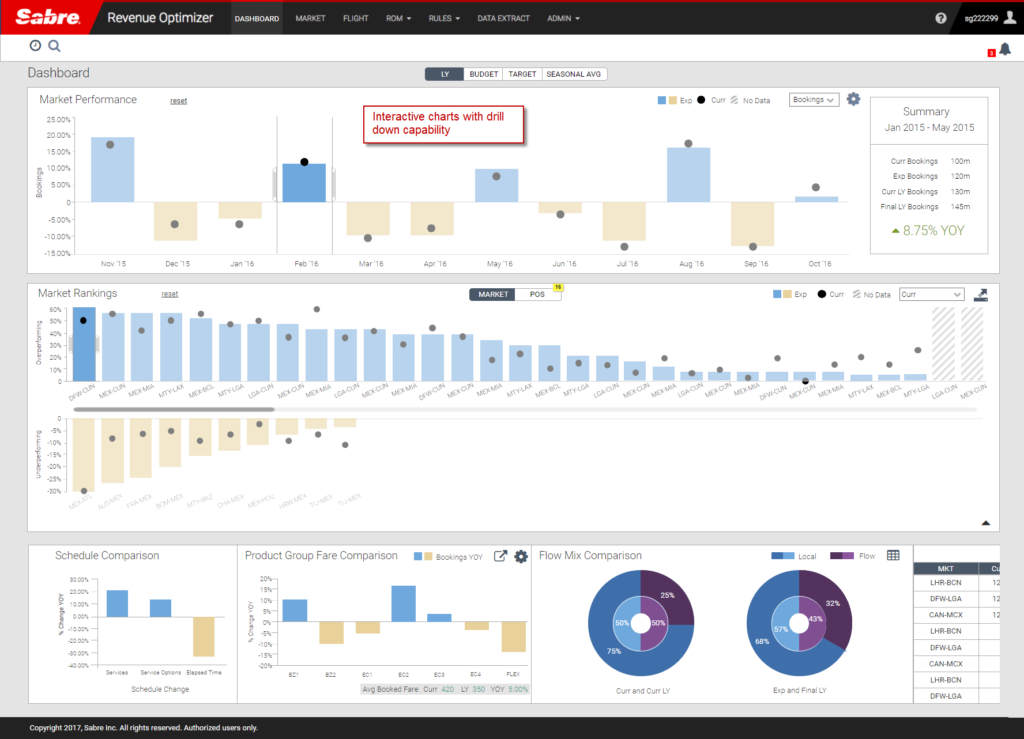 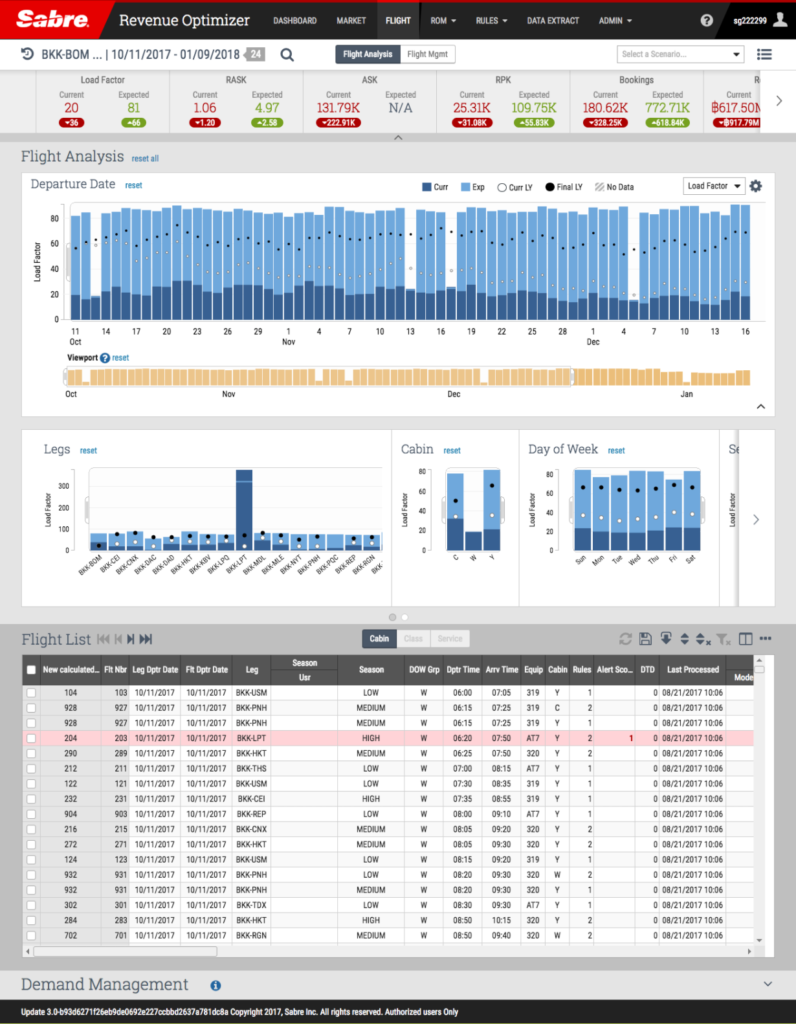 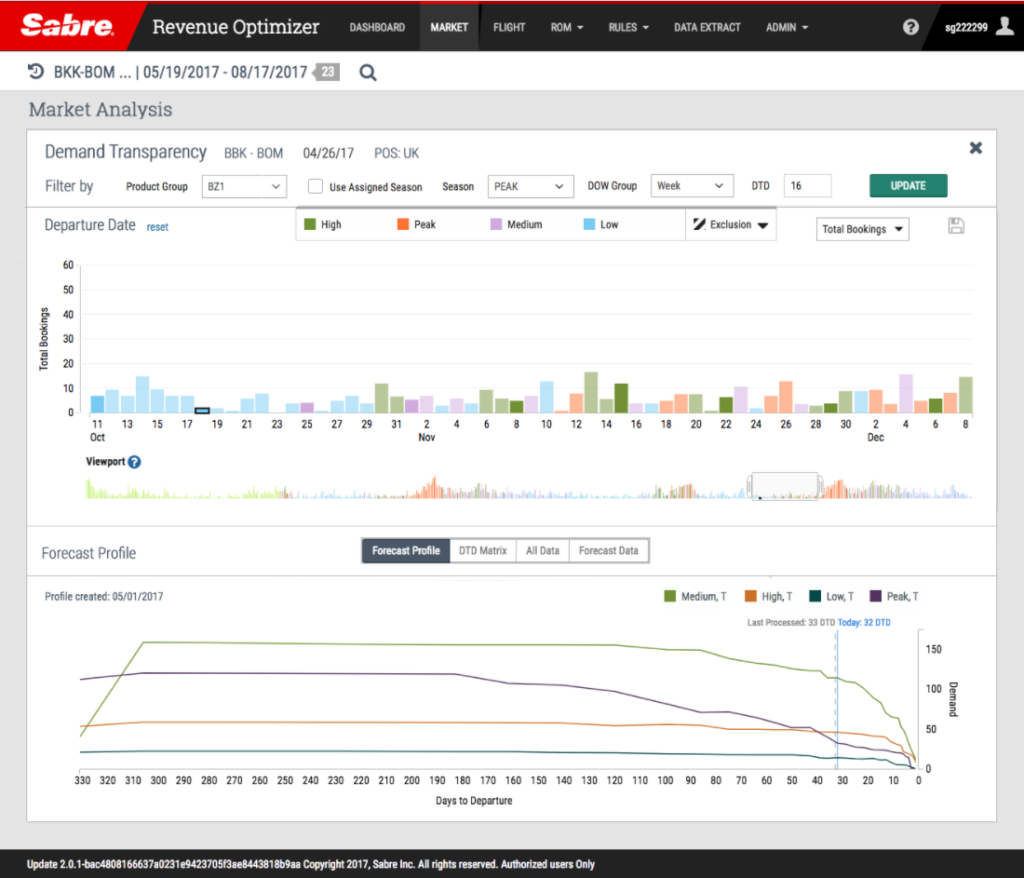 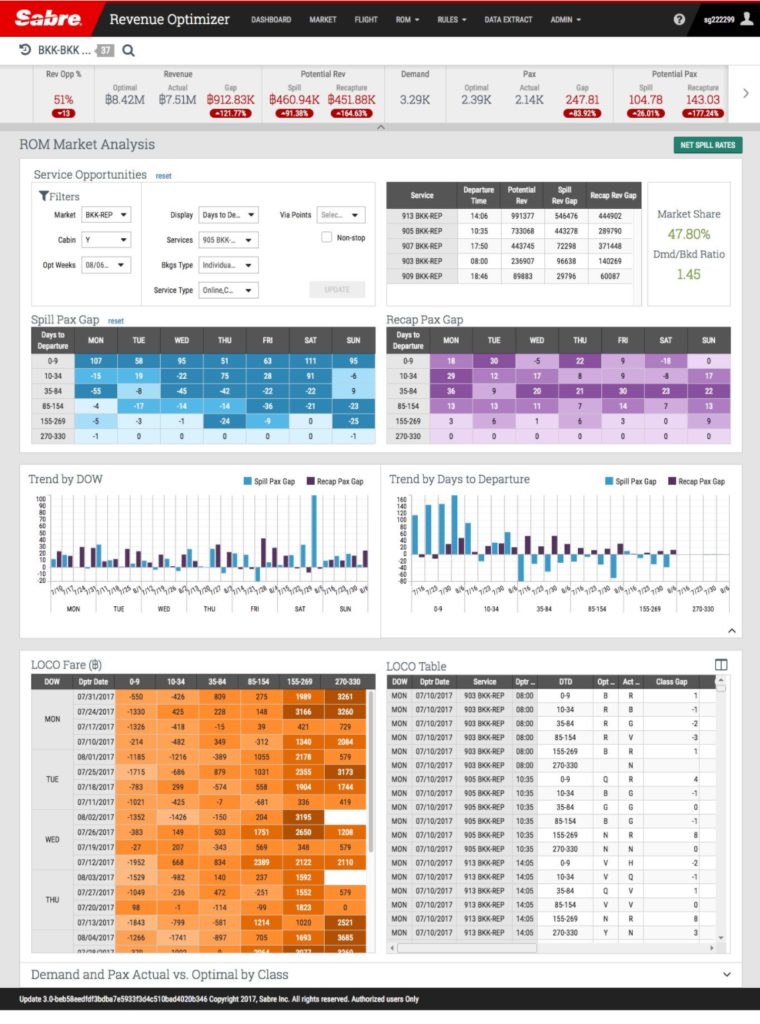 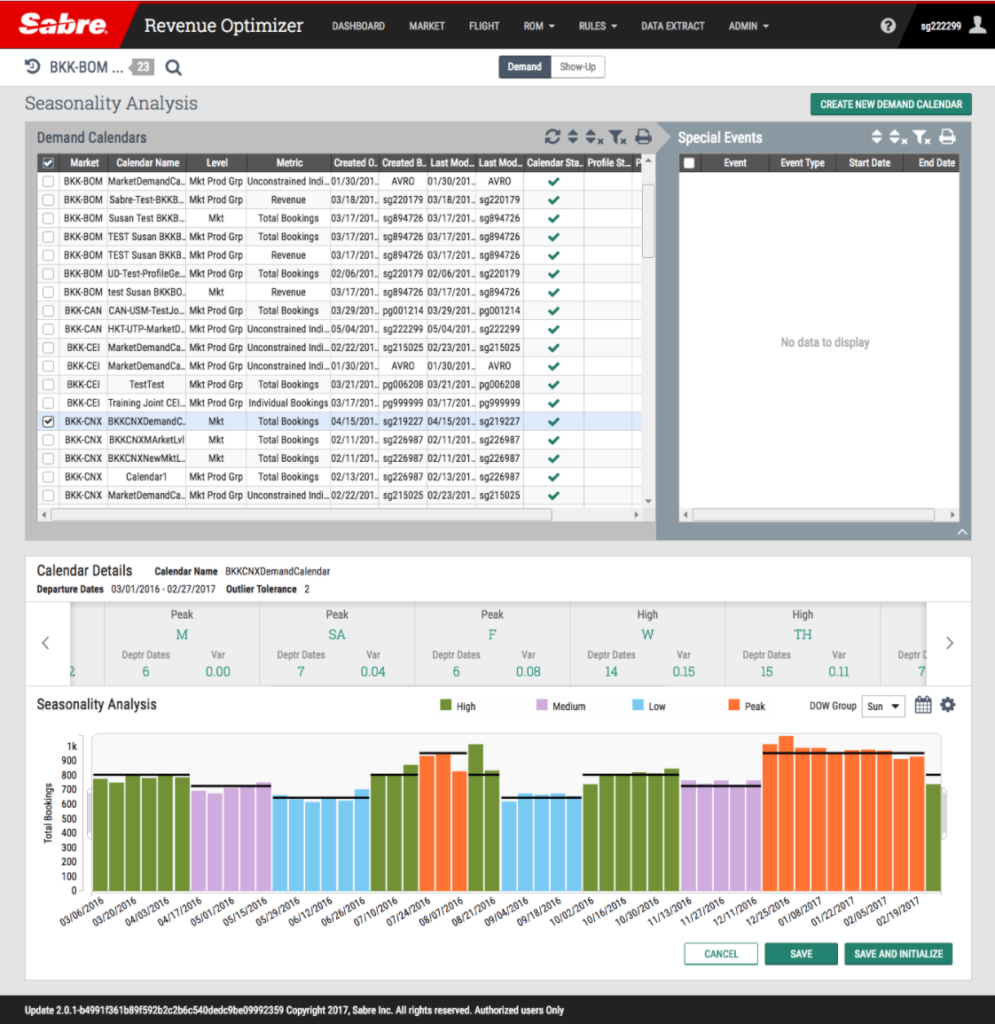 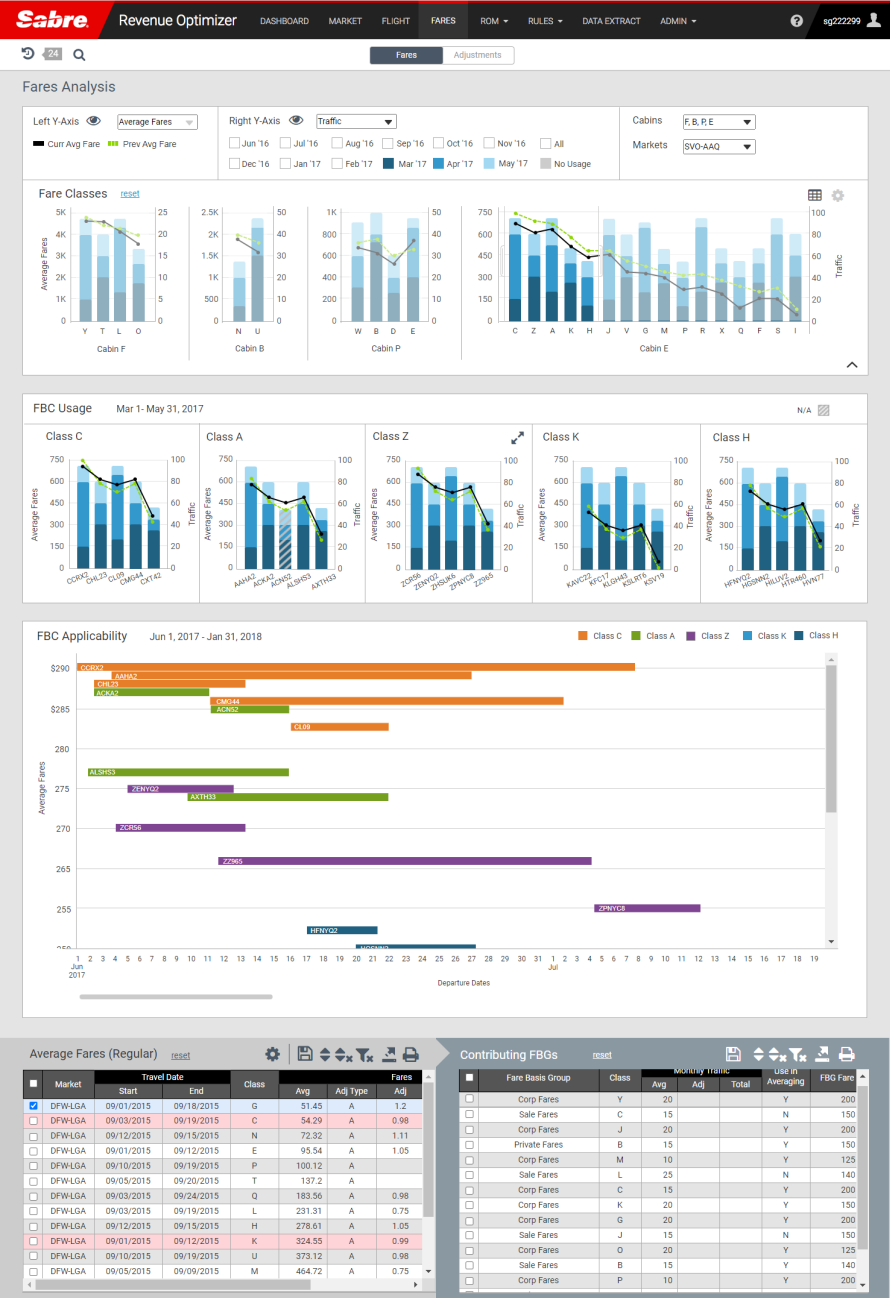 THE PROJECT
The Revenue Optimizer user is an analyst whose job is to forecast, analyze and optimize all revenue stream to help an airline carrier maximize its revenues and impact profitability. Sabre’s legacy product designed for such users was called Revenue Manager. When I was hired it was being redesigned as a SAAS web product and renamed Revenue Optimizer. Whereas in Revenue Manager the data was presented primarily as tables with functionality similar to an Excel spreadsheet, Revenue Optimizer would present data as visualizations to complement complex tables. A new look and feel was needed and eventually would coordinate with Sabre’s emerging enterprise design language called Spark.

THE CHALLENGE
There are many workflows to the RO app, most of which I was deeply involved with. Primarily the design challenge was to concisely present data on any one screen, giving users options to filter through and drill down into the data with little disruption to their workflow. Screen real estate was a constant issue for presenting large amounts of data on charts and tables. Numerous micro interactions were required where the user would be selecting, editing, adding, deleting, saving, reordering, exporting table or chart data. 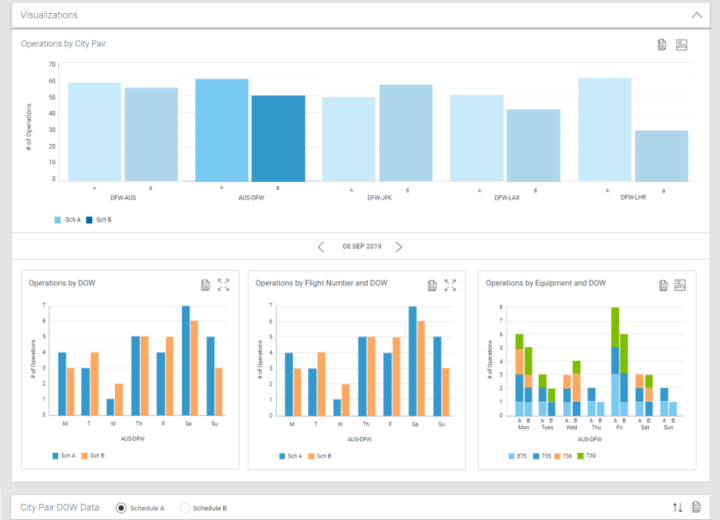 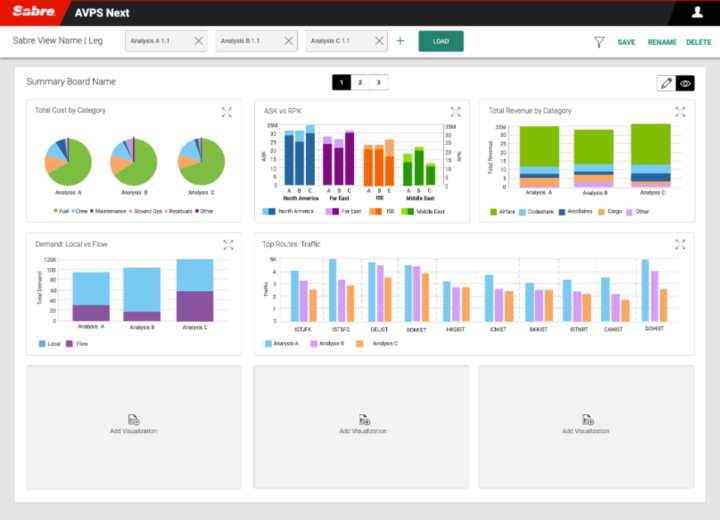