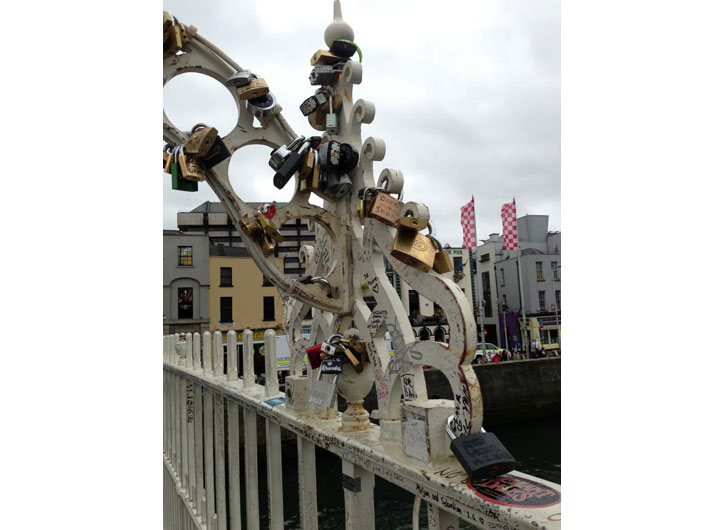 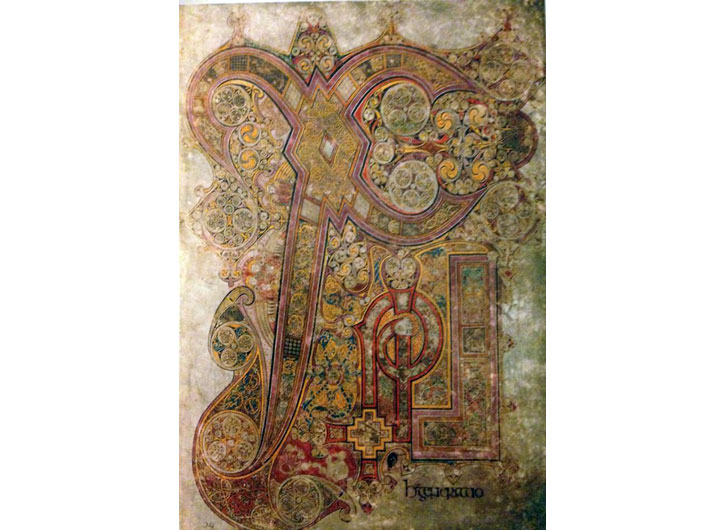 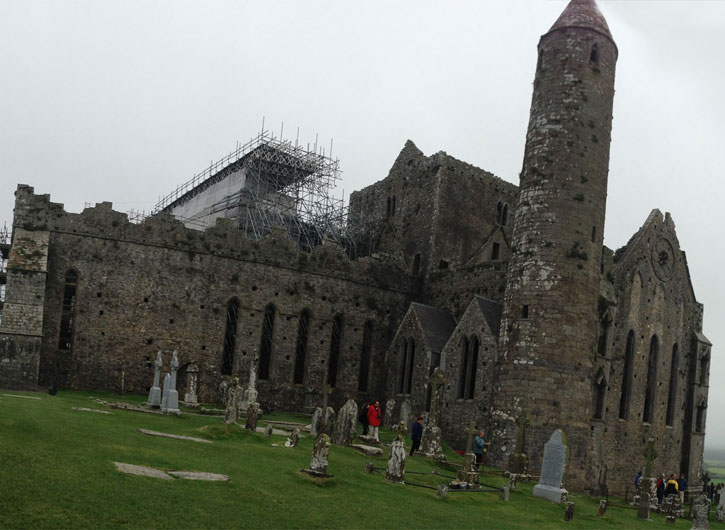 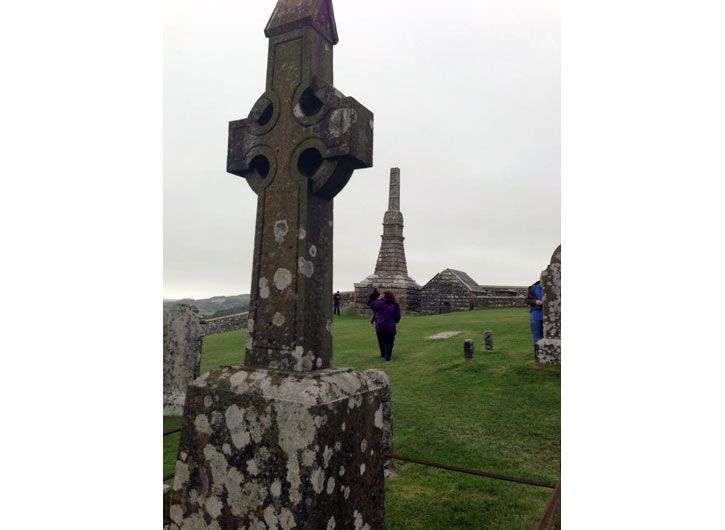 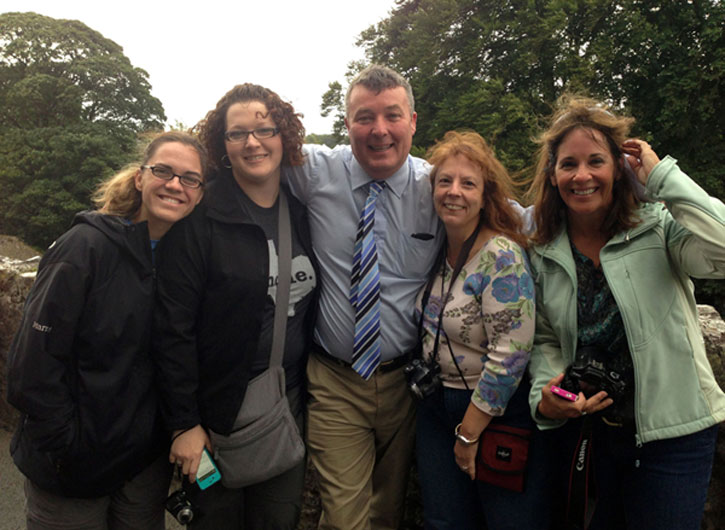 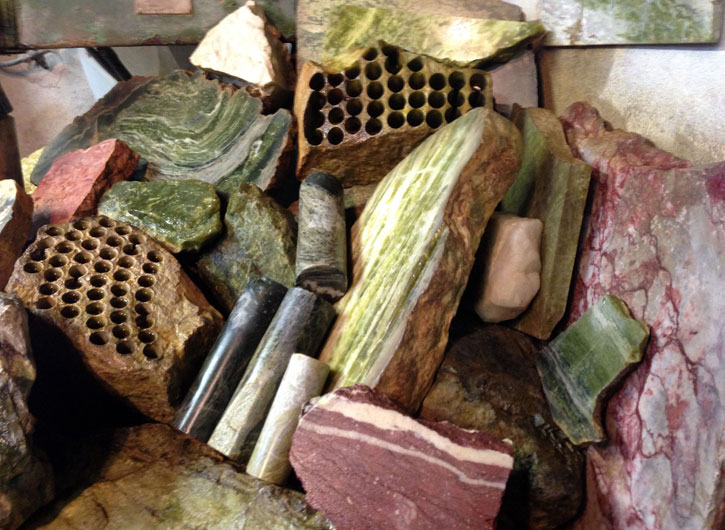 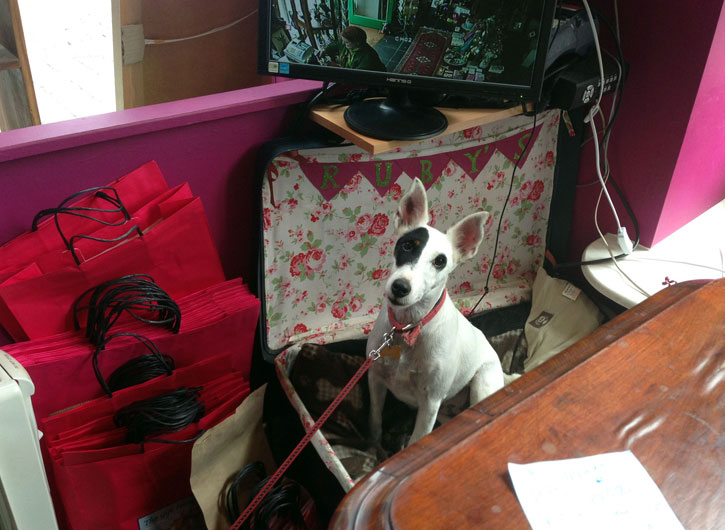 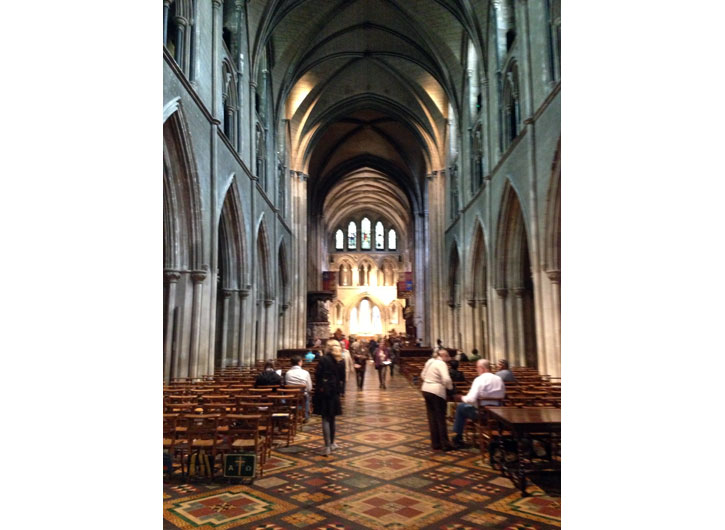 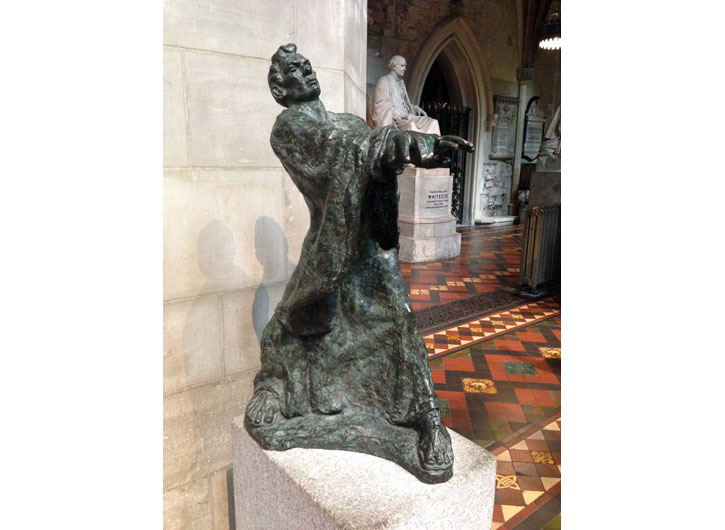 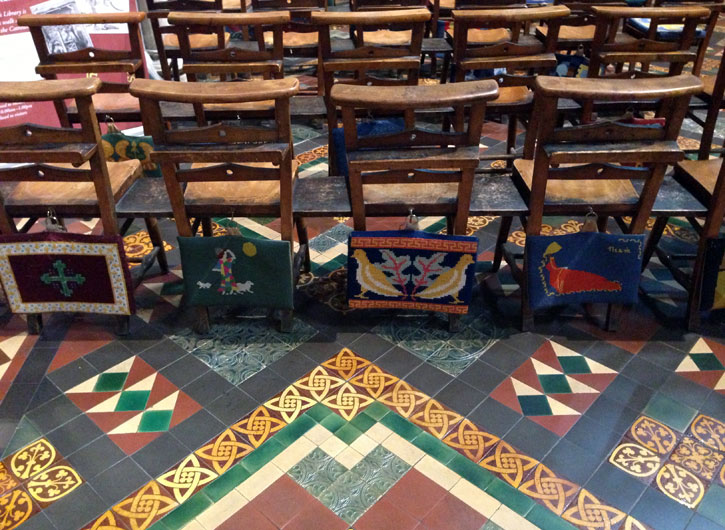 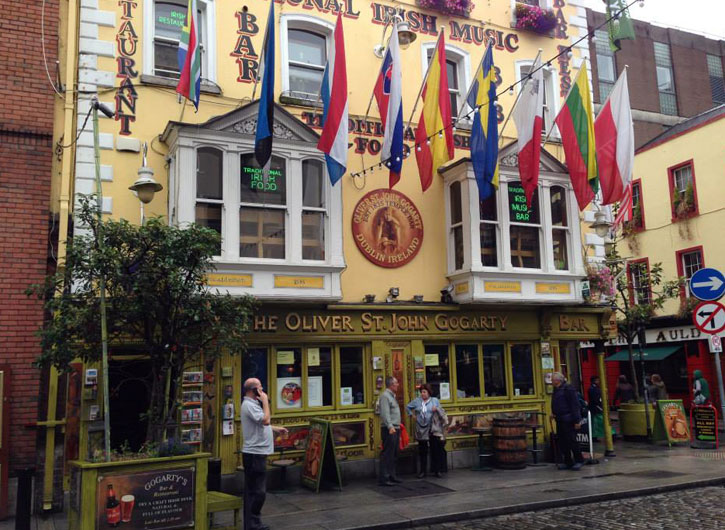 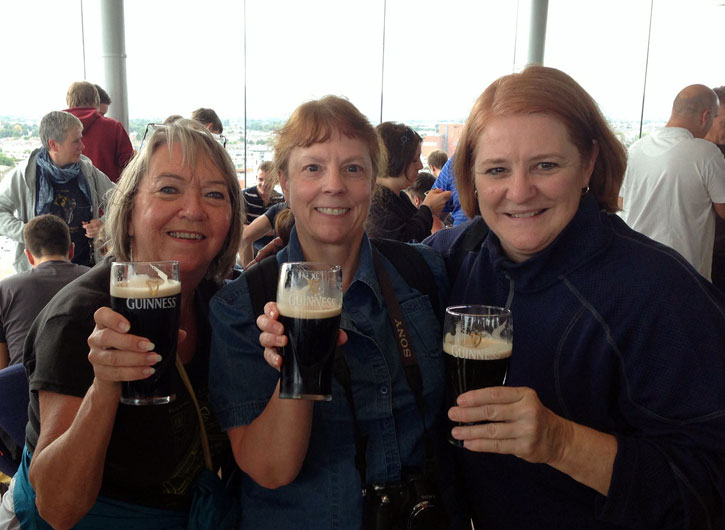 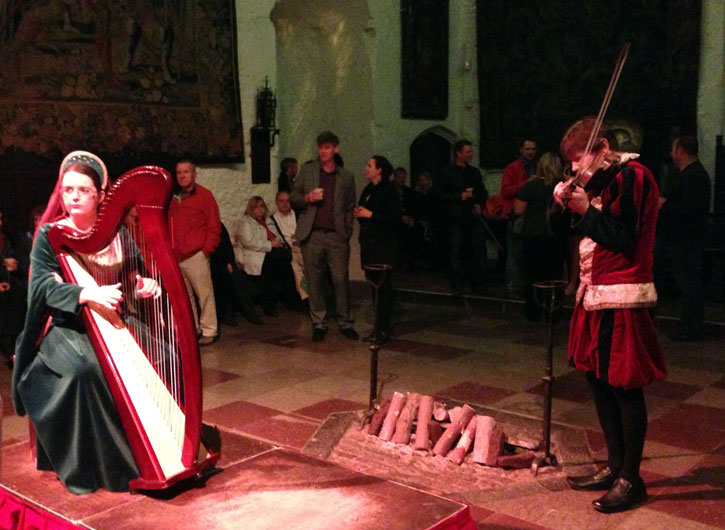 From Dublin to Limerick to Galway and back. Traversed the Ring of Kerry. Kilkenny and Kilarney. Rock of Cashel and Connemara. Darryl, our bus driver and guide was delightful. He dutifully drove us all over the country. Cliffs of Moher would have been a highlight but they were completely fogged over when we got there. However riding through the small villages and scenic countryside was worth the while. To the east I favored Dublin. St. Pat’s Cathedral was more colorful than I had imagined. I visited Trinity College to see the Book of Kells, another highlight. I briefly hung out in Temple Bar at Gogartys and walked across the Liffey River Bridge. Finally we visited Guinness Storehouse before leaving the city. On the west coast, Connemara is most memorable with it’s lush green countryside and marble shops. Galway was busy and diverse, a mecca for Irish artists. Driving through Lisdoonvarna where the annual Irish Matchmaking Festival was underway was a kick. Gypsys, faerie trees, the Irish’s rugged history with the Brits, the blend of Celtic and Catholic, all this and more in a little over a week. 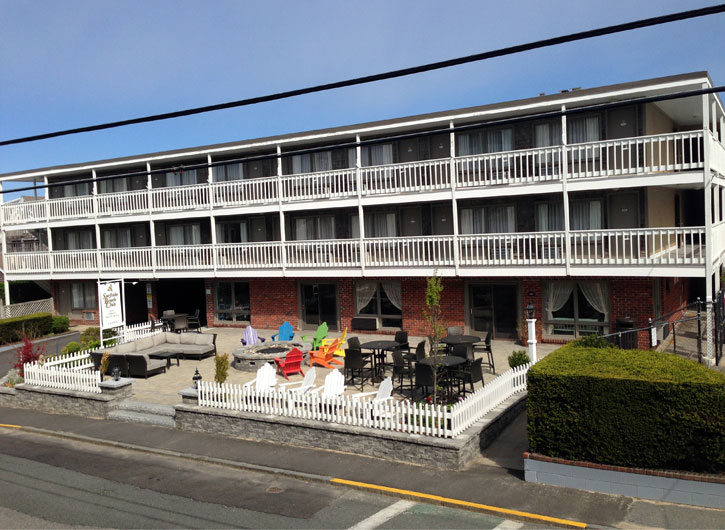 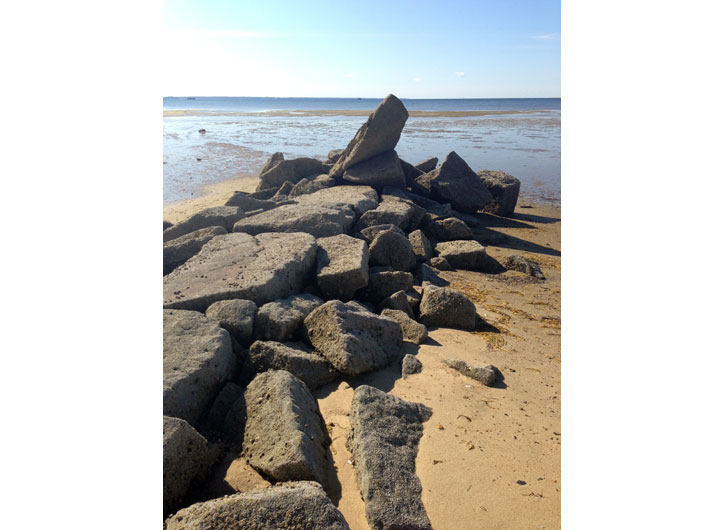 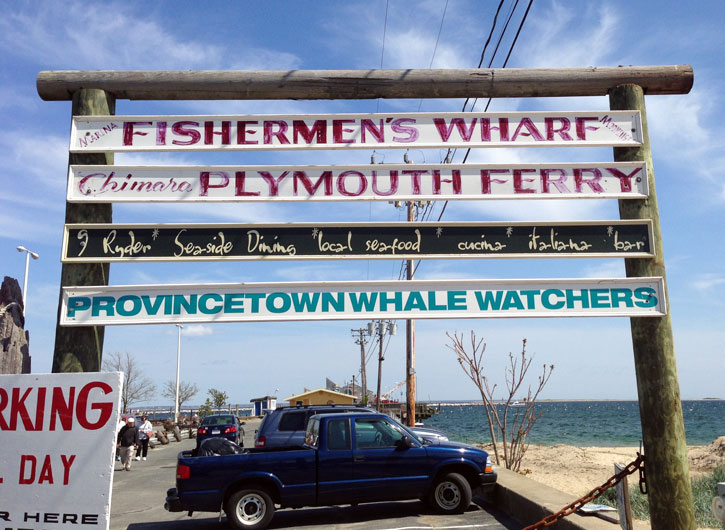 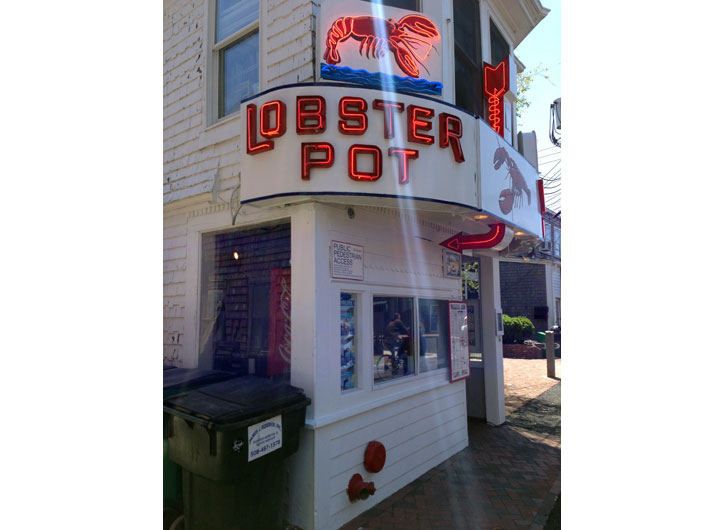 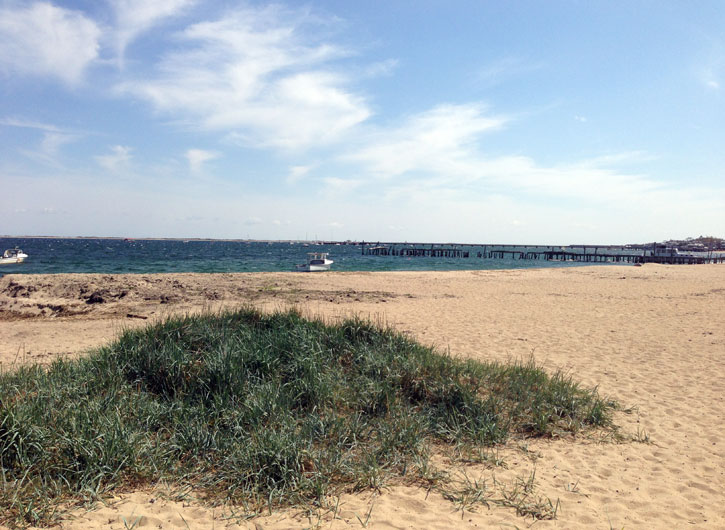 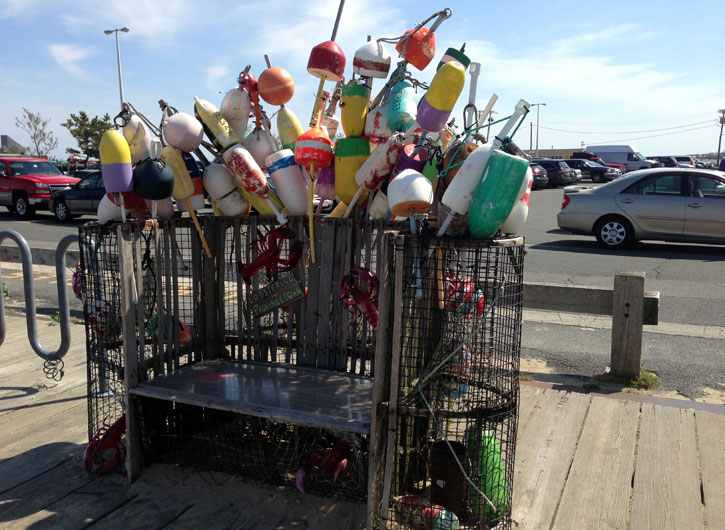 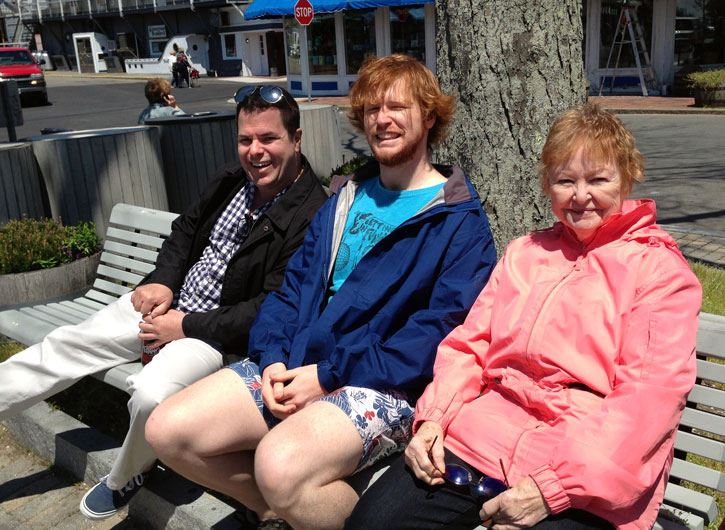 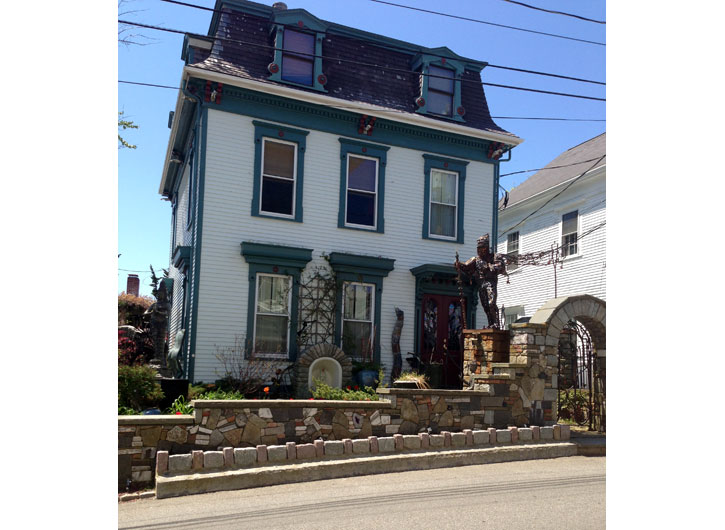 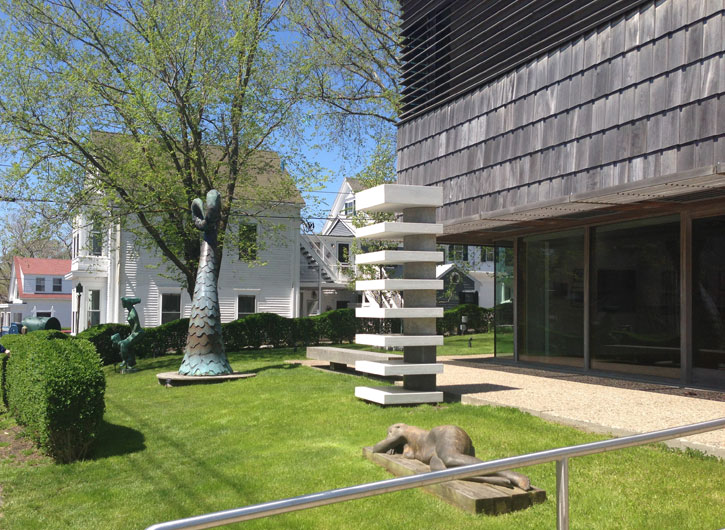 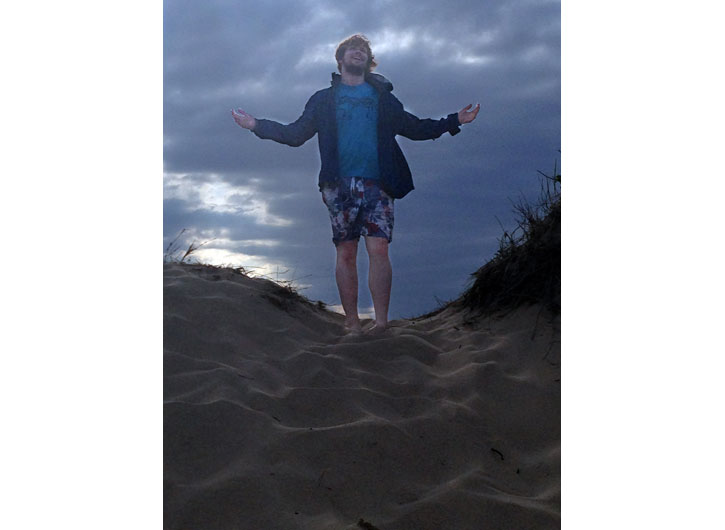 After Asher’s graduation from Berklee we all took a post-trip to Provincetown, or P-town as it is fondly known. What does the world look like from the tip of a curly peninsula, considered to be the eastern most point of the United States? In May it’s chilly and the wind is strong. We arrived just before their season began. Merchants, eateries, bars, were gearing up for the big business of their year. Our hotel room was within walking distance of the heart of the town and the Surfside Hotel was right on the beach. My mother delighted in finding a few shells here and there. We now have a very funny inside joke about spats and pectins. The restaurant next door, Fanizzi’s, became our haunt for a couple of nights, easy access and good food.

Provincetown is not large enough to call a city. All you really need is a bike to get around, however we had a car. So we checked out each of the beaches, Race Point and Herring Cove. We hung out in the center of town by the pier among it’s adorable shops and homes. We climbed the hill to the Pilgrim Monument. On a historical note, Provincetown was the site where the pilgrims first arrived back in the early 1600s. The Mayflower Compact was signed here. However the pilgrims then chose to settle further inland at Plymouth.

Provincetown has an art center, an unusual library, and an equally eclectic home across the street (from the library). Many of the homes here are exceptional. There is a good old fashioned quaintness to Provincetown but then that was my experience before the ‘season’ began. I understand the bar scene here gets pretty wild, thanks to a very active LGBT community.